Your body is holy and excelling in splendor

In their homilies and sermons on this feast the holy fathers and great doctors spoke of the assumption of the Mother of God as something already familiar and accepted by the faithful. They gave it greater clarity in their preaching and used more profound arguments in setting out its nature and meaning. Above all, they brought out more clearly the fact that what is commemorated in this feast is not simply the total absence of corruption from the dead body of the Blessed Virgin Mary but also her triumph over death and her glorification in heaven, after the pattern set by her only Son, Jesus Christ.

Saint Germanus of Constantinople considered that it was in keeping not only with her divine motherhood but also with the unique sanctity of her virginal body that it was incorrupt and carried up to heaven: “In the words of Scripture, you appear in beauty. Your virginal body is entirely holy, entirely chaste, entirely the house of God, so that for this reason also it is henceforth a stranger to decay: a body changed, because a human body, to a preeminent life of incorruptibility, but still a living body, excelling in splendor, a body inviolate and sharing in the perfection of life.”

Above all, it must be noted that from the second century the holy Fathers present the Virgin Mary as the new Eve, most closely associated with the new Adam, though subject to him in the struggle against the enemy from the nether world. This struggle, as the first promise of a redeemer implies, was to end in perfect victory over sin and death, always linked together in the writings of the Apostle of the Gentiles. Therefore, just as the glorious resurrection of Christ was an essential part of this victory and its final trophy, so the struggle shared by the Blessed Virgin and her Son was to end in glorification of her virginal body. As the same Apostle says: When this mortal body has clothed itself in immortality, then will be fulfilled the word of Scripture: Death is swallowed up in victory.

Hence, the august Mother of God, mysteriously united from all eternity with Jesus Christ in one and the same decree of predestination, immaculate in her conception, a virgin inviolate in her divine motherhood, the wholehearted companion of the divine Redeemer who won complete victory over sin and its consequences, gained at last the supreme crown of her privileges—to be preserved immune from the corruption of the tomb, and, like her Son, when death had been conquered, to be carried up body and soul to the exalted glory of heaven, there to sit in splendor at the right hand of her Son, the immortal King of the ages.

Excerpt from Liturgy of the Hours August 15 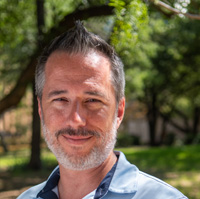